Everyone today cleans their teeth (or at least knows that they should). We do it at home with a daily regimen of brushing, flossing and rinsing, and then we supplement home care with periodic professional dental cleanings. But the idea that it’s important to clean your teeth is a fairly new one in the annals of history. The very concept of modern dental hygiene is only around 100 years old and was launched into being by a Connecticut dentist named Alfred Civilion Fones.

Dentists in the early 20th century were primarily occupied with pulling out rotten teeth. They didn’t concern themselves much with preventing teeth from becoming rotten to begin with. Furthermore, at the time it was still a recent discovery that bacteria have something to do with tooth decay. But Fones knew from his experience and insight that cleaning teeth of plaque, bits of food, and other matter would be instrumental in preventing decay, in making gums healthier, and in allowing his patients to keep their teeth.

He recruited and trained his cousin, a woman named Irene Newman, to work in his office where she cleaned patients’ teeth and scraped plaque. Essentially, she was the first dental hygienist. The idea actually was pretty outlandish at the time, that people would go to the dentist for preventative cleanings, but it was hard to argue with Dr. Fones’ excellent outcomes. The idea of dental hygiene began to catch on, so in 1913 Fones opened the first school of dental hygiene ever, located in his town of Bridgeport, Connecticut. He’s the one who also coined the very term “dental hygiene.”

Almost three dozen women enrolled in the school’s first year. After finishing two years later, the graduating class went out in the world and cleaned teeth at dental offices and in public schools. Soon enough, the practice of dental hygiene developed official standards. Laws were passed to regulate the field, and Newman became the president of the first dental hygiene association in 1917.

The dental hygiene school closed, however, because Fones preferred to spend his time traveling to preach the gospel of dental hygiene instead of focusing on a small set of students. He spoke at dental schools with his data as support to convince others in his profession of the preventative benefits of clean, well-maintained teeth. Other dental hygiene schools opened, and the one Fones first founded eventually re-opened as well.

Fones and Newman thought public outreach to be an important aspect of their work. They encouraged hygienists to go into schools and communities to clean teeth professionally and to teach people how do to it at home. So this evening when you’re brushing your teeth, remember that this habit that is ingrained in your daily routine might not even be part of your life if it weren’t for the efforts of a doctor and his cousin 100 years ago. 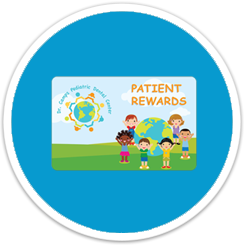